"Most do not realise there are in fact two races of Seraphon, 'The Celestial Seraphon' and the 'Land-Dwelling Lizards'.  Not all Lizardmen in the world-that-was escaped into space with the Slaan, some remained, duty bound to protect their old world. Once Archaon prevailed in the demise of the Old World, it was engulfed and swallowed by the void. This reality soon split into distinct Realms. The remains of Lustria was thrown in Ghur, The Realm of the Beasts, separated for thousands of years from the main land, it became an island. The Lizardmen thrived here creating their own temples and civilisations. For a millennia in the world-that-was it was Slaan who created Lizardmen, they could not breed themselves, but life finds a way. This new breed of lizardmen grew in size, their colours changed to match to harsh surroundings of Ghur. Skink Priests still remembered their Slaan masters who now were worshipped like gods instead, looking to the stars for guidance which in turn still gifts them celestial powers of the starbound cousins.

This perfect world was ruined though, the continents of Ghur shift quickly, and without warning, the island of New Lustria crashed into the mainland with a sound that shook all the Realms. This new supercontinent was infested with Beastmen, Ratmen and Orruks and the eternal struggle once again was upon them."

So 2016, going by GW's new slogan, 'A New Year, a New army' and the box sets that accompany this, I have decided what I will be doing this year. Seraphon! Always loved Lizards and the new priced boxsets sealed the deal.

I have picked up the Thunderbeast Host boxset, a Skink Starpriest and now the new starter box (which I think is the best priced models/discount GW have ever done), which means my painting list for 2016 is already huge with some pretty big models! 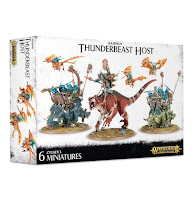 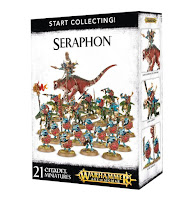 In no particular order I have to paint:

Of course this list will be bulked out as I decide on more units to add to the army.

I decided to join the Tales of Sigmar to push myself to complete each month. My first month is dedicated to Carnosaur with Oldblood which covers the £50 for Feb. Below is a picture of assembled miniature ready for painting. I will be creating backstories for all my units to fluff it out. 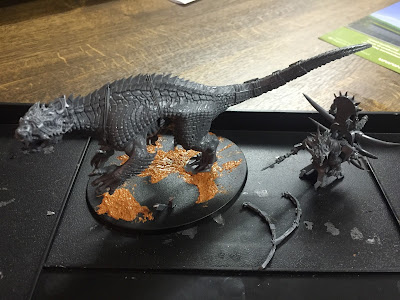 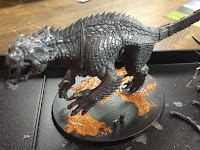 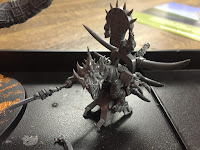 Looking forward to learning new techniques and trying to better myself at painting! 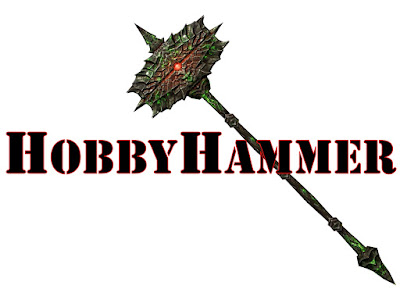 I have created a narrative campaign to run in line with this, if you want to join in and create some fluff and battle reports for your new armies please visit http://riseofempires,com and email me at sean.houghton11@gmail.com to join in for free.

(Shameless self plug - http://www.hobbyhammer.com)
Rise of Empires in The Age of Beasts Campaign - http://riseofempires,com
Twitter: HobbyHammer