I want to start out by thanking Mr. Chalmers for getting this together (at that cost of getting banned from a FB group temporarily).

Now to the good stuff. I liked the idea Mark Riley suggested to BTJ of waiting until the 31st to make a final choice. So for this post I'm just going to outline my choices.

The Woe Tide - Slaanesh Warband for Path to Glory led by Torilax Scykia, the Denied.

So far I have purchased but only half built and unpainted:

Cave to the pressure and purchase one of the Getting Started Maligants box. The fluff around this would be built around Mopus (Menuasaraz-Senuamaraz-Kemurzil) from The Realmgate Wars: Hammers of Sigmar novel.

-Hexwraiths - Guardians of the Fane 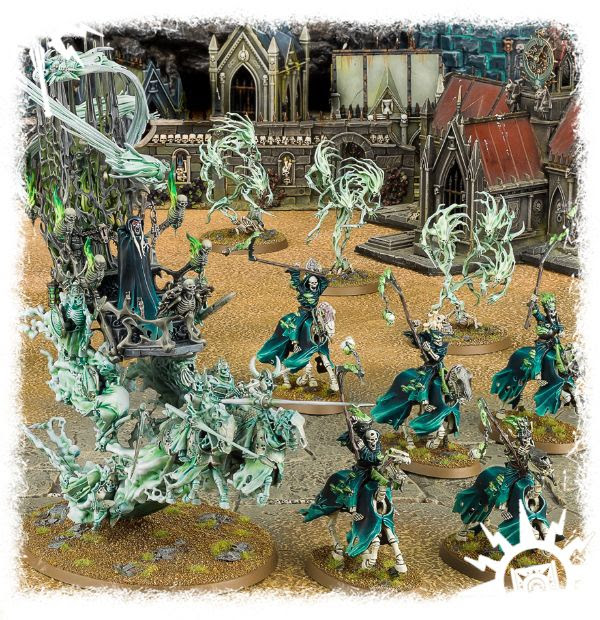