The Struggle for the Realm of Life

... which I could have called the Struggle to Decide What to Paint!  I've hummed and hawed over this long enough, and in the end I think I'm going to theme my efforts around the battles between Nurgle and the Sylvaneth in Realm of Life.

I was going to just do Nurgle Daemons - my last two (my only two!) painted armies have been Nurgle Warriors, 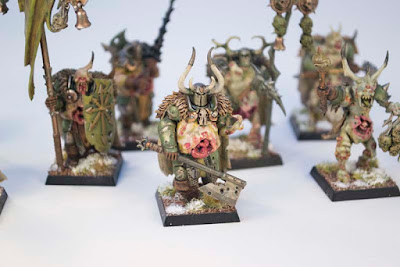 and Skaven from the Clan Septik.  Their rusty, rotten look and alliance to Pestilens made them a good fit for my WoC. 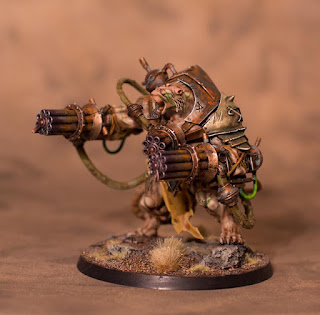 Of course something was missing from this Grand Alliance - the Daemons.  So of course when the £50 starter set for Nurgle came out, I immediately thought that's what I'll be doing.  But then I realised that with the starter set offering such good value, I'd really end up just painting box after box of that - and there are already a few Nurgle projects under way on this blog.

So how to mix it up a bit and make it a fun project?  I remembered I'd picked up the Sylvaneth horde box last year, in a flush of enthusiasm for all things AoS, to then just assemble a Treeman before realising I needed to paint my Skaven for a tournament... and then really just do nothing but paint Skaven for several months.

My inspiration in picking up the Sylvaneth was the stories and battle plans in the Quest for Ghal Maraz, so my plan now is to build and paint both the Daemons and Tree Spirits together, converting the Daemons with all the many, many spare branches etc that the Dryads and Treemen have to recreate the corruption of nature that Nurgle is wreaking.  The Sylvaneth will be painted in an Autumnal theme, verging on rot in places.  Hopefully I can then field some epic themed battles later in the year!