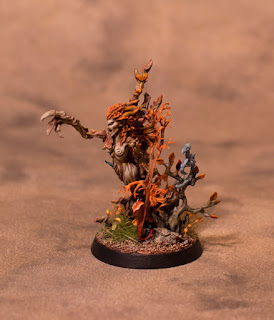 It's always tough getting started on a new project, so I decided to paint up at least one test model, something to give me a sense of where I was trying to go with it all.  I'd already assembled and done a bit of drybrushing on the Branchwraith, so I thought I'd finish her, and then try out the ideas I had for basing it.  For the Sylvaneth I wanted the effect of them emerging out of plants and vines - so I've used spare bits of branch (I'll have a lot of these!), and autumn coloured foliage moss, the kind you get for model railway scenery.  I was pretty happy with the result - but I wanted to get my Daemons on the table sooner than the Slyvaneth, so I got stuck into this month's proper project - the Plaguebearers! 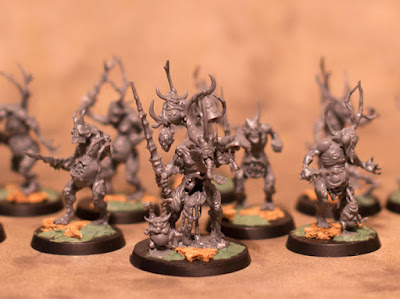 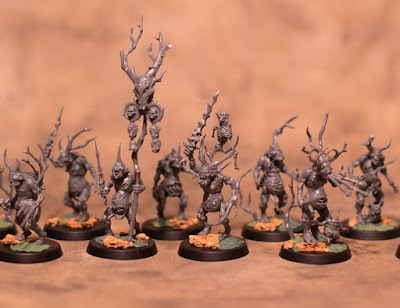 So thats 20 of the blighters, and the Herald, which is roughly around £50.  I'm still not quite decided on a colour scheme for them, but I know I want to to contrast strongly with the Slyvaneth.  I'm going to paint up a test model this week, and then aim to get them all batch painted for the end of the month.  The toughest choice will be how to do the bases though - I go to tournaments, so I really need to settle on something I can use for ALL my chaos troops.  Nightmare!
Posted by Axis Mundi at 10:21