This week I've been working on the unit of Quarrellers. I needed 8 to add to the two classic models I show in Week 1, including the command group. Since I had used the Runic Icon on the Slayers, I decided to  give the Quarrellers a Clan Banner. It is not only for variation, I think the Clan Banner is better game-wise, plus it gives me the opportunity to try some free hand and paint a Jolly Roger. No pirate crew is complete without a skull and crossed bones flag, right?

For modelling, I again needed to give all the models headgears and hairs and cover the chainmail, so it was nothing new after the successful sculpting on the Slayers. Here are some WIP shots, showing models with woolly hat, cocked hat and bandana. 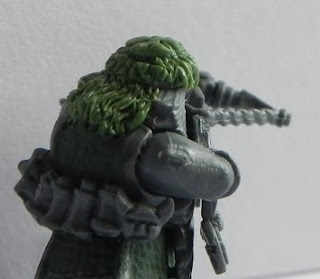 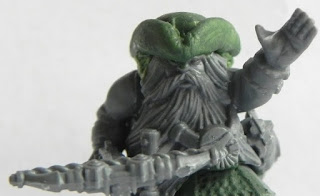 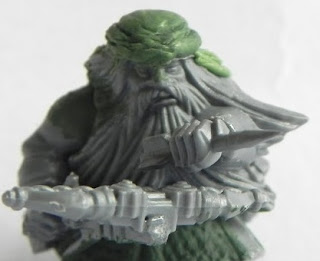 The classic models were painted with yellow clothes, which worked well for my idea to have the Quarrellers as the upper deck crew, since I could paint their coats yellow too as if they were rainproof. This way the Quarrellers and Slayers will immediately look different, even without paying attention to their weapons.

The freehand on the banner is not award winning, but it is clear that's a Jolly Roger, so I'm really happy with it!
For next week it's time to add some serious firepower, so be prepared for a Cannon and for Gudrun's First Mate, Burlok the Engineer.

Posted by Godfather Viktor at 17:00