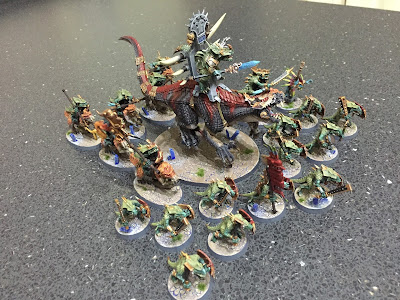 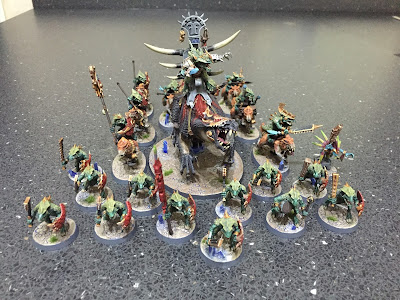 For the first month I got a bit eager and started painting early. Hence the reason this is a post at the beginning of the month... ooppss.

Firstly, month 1 has a lot of models to paint mainly due too the awesome price of the Start Collecting box.

I started with the centrepiece model for the army. Probably a bad idea, but my hobby juices were flowing. I have another blog which details how everything was painted so I won't go into massive detail about how and what colours I used. If you want to see this please visit http://www.hobbyhammer.com

I started testing out basing schemes at the end of last year and came up with a dried earth base with a blue underglow as if the Seraphon are causing the earth to change with their magical presence. 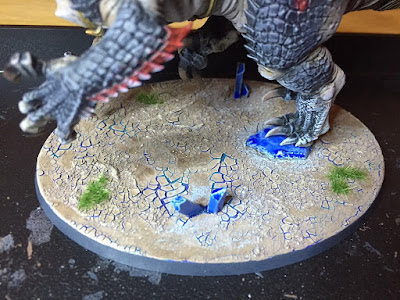 Here are pictures of the OldBlood Finished, I have named the character Chrak'gar - The leader of the land dwelling Lizards. This is the army I will be using mainly for the Rise of Empires campaign running alongside the Tales of Sigmar. The fluff and backstory will be here. 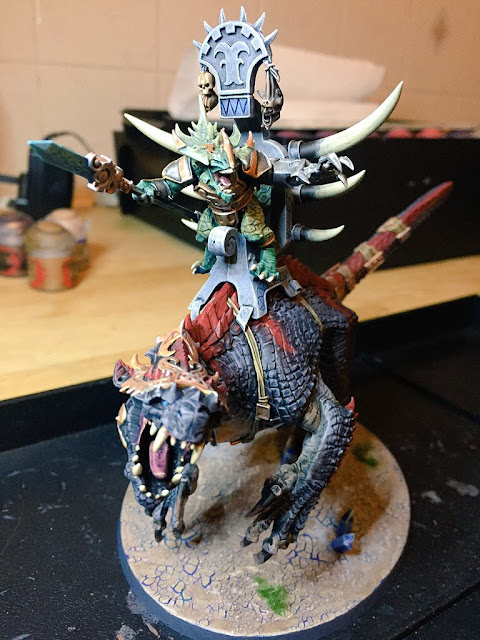 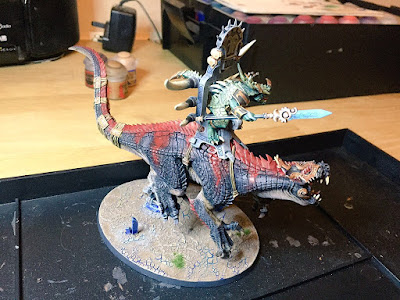 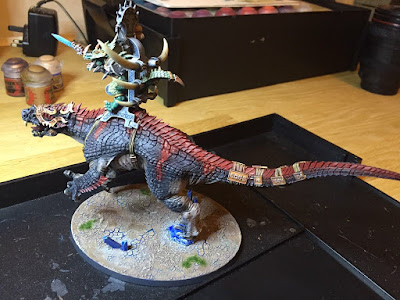 What good is a Seraphon army without these little cunning lizards?
I have gone for a generic blue for the skinks. This model is fantastic, a joy to build and paint. The painting blog for this can also be found at http://www.hobbyhammer.com. 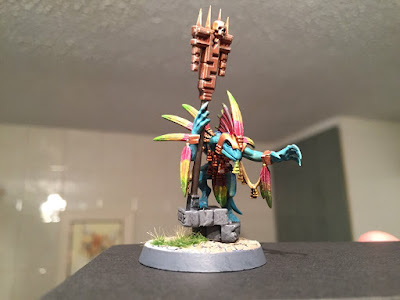 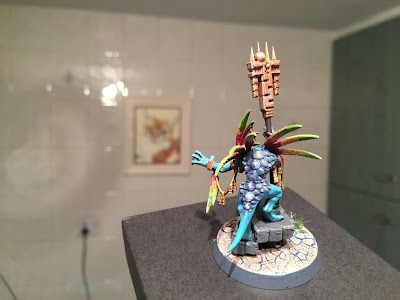 In the starter box, you get 12 Saurus Warriors, a good start for this unit. I will eventually add another box to make 32 of them.

I didn't go for the standard blue for these as I believe they look more like Komodo Dragons, therefore I went with a green base colour for the skin and scales. 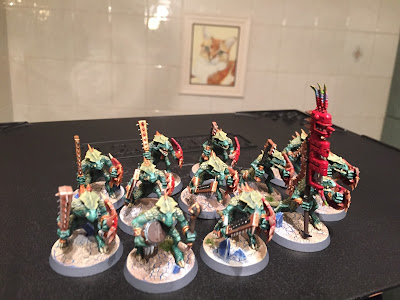 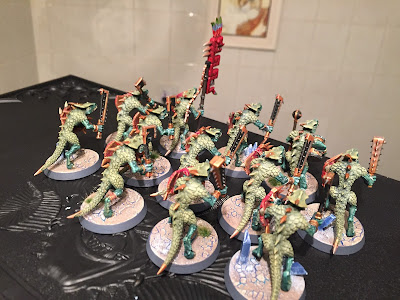 Saurus Riders on Cold Ones 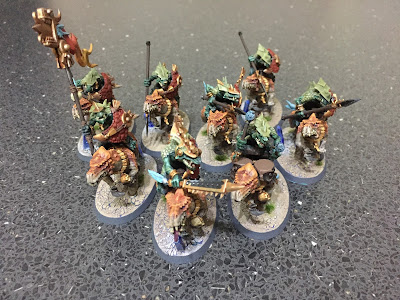 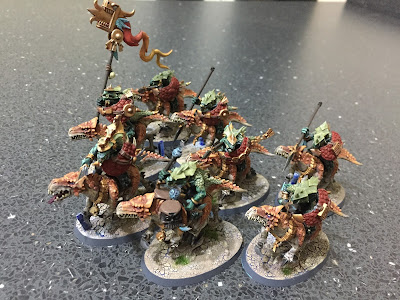 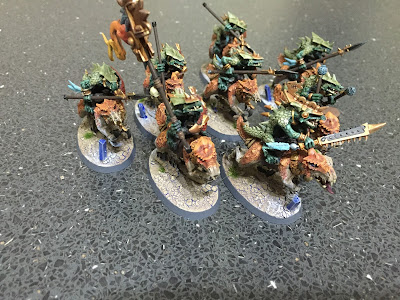 I have also bought the Thunderbeast Box set which set me back £100 and a Basttie - £30 so this will cover March and April and part of May. In March I plan on building and painting a Bastiladon and 3 Ripperdacytl Riders, April will then cover the Stegadon, Engine of the Gods and Trogolodon.