The City of Silence - Introduction 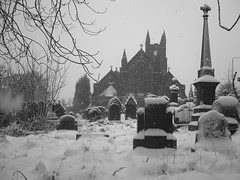 Snow drifted silently upon the city. No birds could be heard. No wild dogs hid in these streets. Nothing stirred which could be seen. A corpse, dead for many years, sat as silently on a marble throne. The pillows and trappings had long since rotted, leaving only the bone white core. Rusted metal had left its stain, and the High Moon Crown sat ajar the hairless head. The armour would have radiated power, had the bones within filled it. Only the sockets betrayed the king. They were empty, but deeper and darker than they had any right to be. Silent wells of hatred. Gazing eternally upon a city which has not changed. In three hundred years no stone has been overturned, no fires burned, no cries for help or screams in the night. Yet they lingered, always on the edge of sight and hearing. The King knew every sound, for they were now as much his as they had ever been the victims. There was much yet to avenge.


Welcome to month one of the City of Silence. I'm Darth Alec, and will endevour to give you all some wonderful models and fluff to look at. I've been in the hobby for more than a decade, though I spent the last five or so years out of it. Returning alongside Nagash, I decided to start a Vampire Counts army as soon as this End Times business was finished...

Obviously, that didn't go so well. Archaon achieved his destiny, and now the world we all loved is gone. In their place, eight new worlds of possibility opened. I was ready to seize the moment, and start the army I've spent a decade or more longing for.

Many of the units of the City of Silence already exist, as I've been working on the army for some months. Yet none of the key players have arrived, and you'll see them take form as I model and paint this army. Each will have a story and a role to play in my city. Some will belong to the old haunting spirits of the city, whilst others will belong to newcomers. Who then is the true ruler of the City of Silence, the ancient king whose will binds the undead, or the vampire lord whose magics animate them?

This month I aim to paint one unit of Grave Guard, one unit of Skeleton Archers, one unit of Spirit Hosts and a Necromancer. My next update will have more pictures of them and more besides.


For now, I give you an incomplete view of the High Lord Karashock, The Intruder:

Pale light shone through decaying wings as the dragon passed before the moon. Once magnificent, the drake now answered only to the call of the grave, held back by the will of its rider. High Lord Karashock stared across the horizon, towards the broken city of Stilluna. His ragged band was marching far below, remnants of an army like strips of flesh off a rotting corpse. Time was short. The servants of the dark gods would be far behind, gorging themselves on his lands. On his people. And then they would follow. He would need army, soldiers and spirits and swords. Only then could he run far enough, to lands with great walls and defenders still. There he could be a lord again. And fight once more for the living. 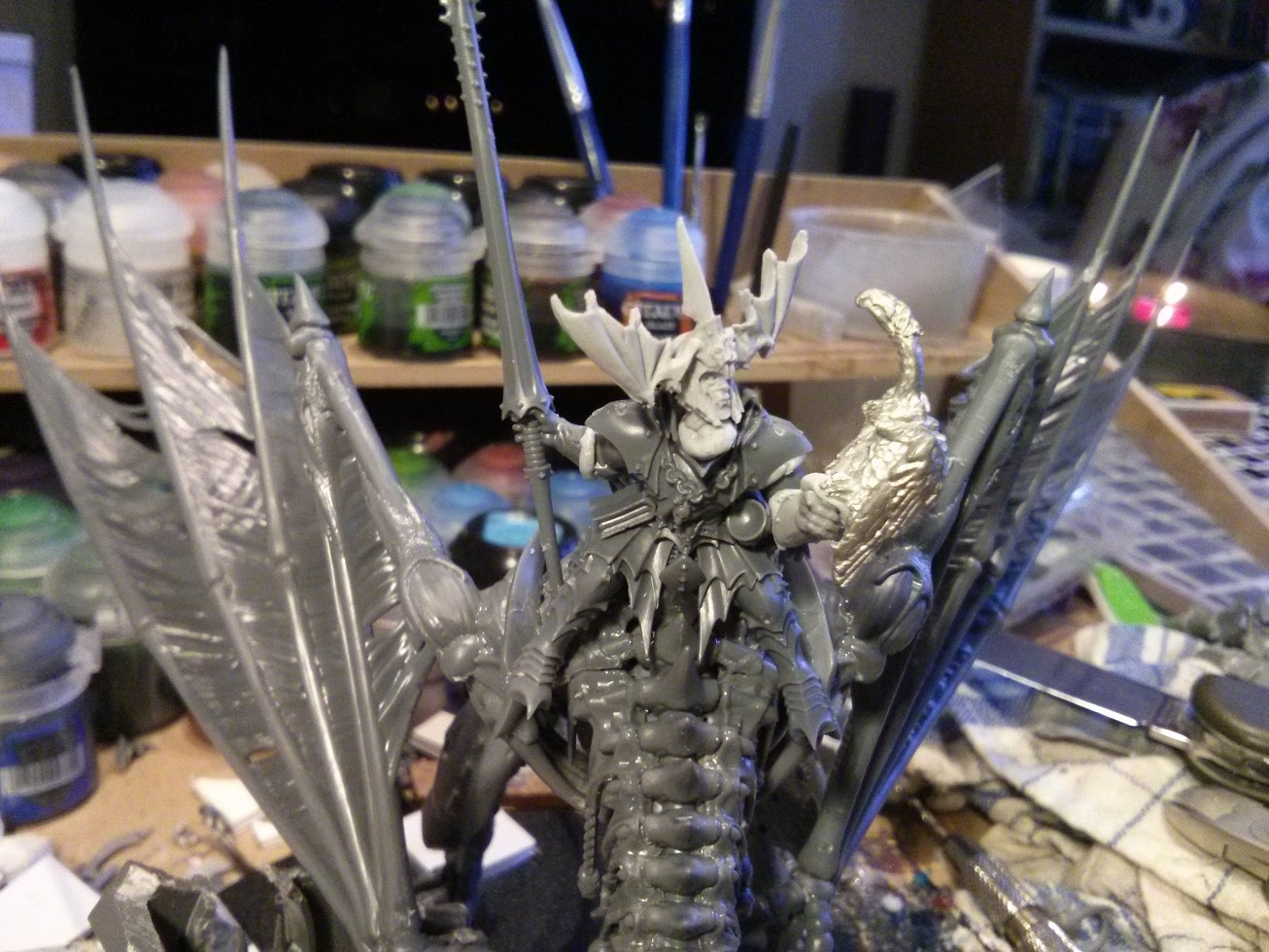