The Church of Sigmar's Retribution

So, April has been a busy month for me, both work- and hobbywise, so fasten your seat bealts and get ready for a long post!
With the release of Grand Alliance Order I decided to focus on the newly revamped Devoted of Sigmar and bring my version of Johan & Wilhelm, mercenary Witch Hunter and Warrior Priest, to the Mortal Realms.

Again the models will double up for Mordheim as a witch Hunter warband, so beside a priest, witch hunters and flagellants I needed some fanatics, so I decided to add a unit of Freeguild Guard armed with Militia Weapons. My shopping list, therefore, was as follow:

For my version of Johan, the Warrior Priest, I took a flagellant body, greenstuffed the armour and added hammer, shield and a book from my bits box. 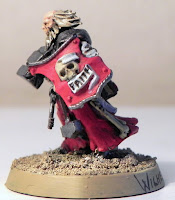 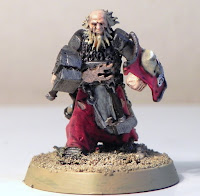 Since you can have 4 Witch Hunters in a Mordheim warband, Wilhelm turned into four models. For them I started from the Militia kit, only using the torsos with long coats and the legs with boots, greenstuffing hats, gloves and extra details on the coats. 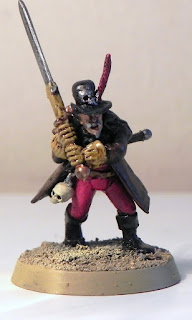 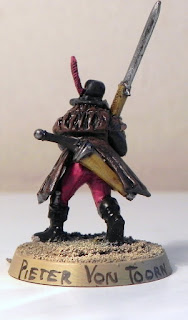 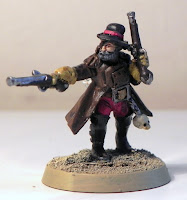 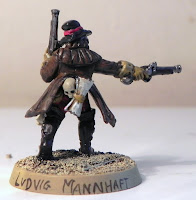 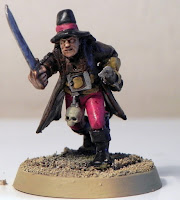 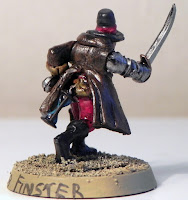 With the heroes done it was time to move onto the grunts. Since I had used one flagellant body to convert Wilhelm Glaubig, I needed to replace it to have a 10 model unit of Flagellants. Legs and torso from the Militia, a little greenstuff, head and arms from the flagellants and I had a unique Prophet for the unit. The rest of the Flagellants were very simply straight out of the sprue. 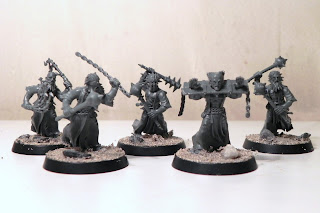 And finally, I was left with 15 Militia models to do the Fanatics. I wanted them to look like a mixture of veteran soldiers and hungry peasants roused to wrath by the fiery oratory of the Witch Hunters, so for some of them I have used the arms with torches and scythes from the flagellants.

You can see that the unit leader is rather different, and that's because I wanted him to double up as a Pit Fighter for Mordheim games. He's made using bits from the Flagellants and Militia, but with some extra details I have greenstuffed. 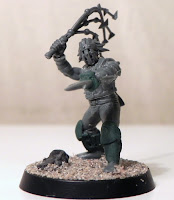 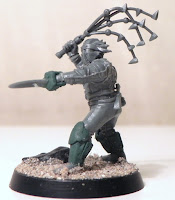 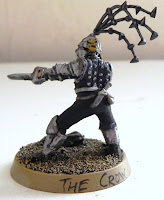 Talking about Hired Swords for Mordheim, I also wanted to have a Slayer and that's why I looked for the 2014 White Dwarf model, the vampire hunter one. Simply painting his hair and beard orange was enough to turn him into a Slayer/Unforged. 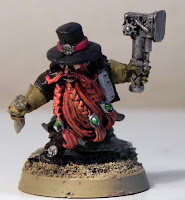 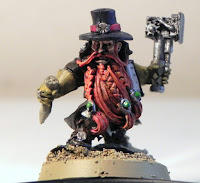 Last thing left was to include some Warhounds for Mordheim. I turned to my bits box and found a few pet griffons from some Empire kits, so I simply stuck them on round bases and painted them. In AoS I'll use them as gryphounds. Granted, they are way smaller than the official model... but as much as it is easier to hide them, the area of the table they cover with their effects is way smaller, so I guess no one will really complain about them.

And that's all from me for this month! For the next get ready for something heavily destructive!

Posted by Godfather Viktor at 08:13