City of Silence May Update

Alas, poor Nagash, for I have not finished thee.
Fret not, though thou listener of this tale, for all efforts have been had,
and work was ever ceaseless.
Upon these ancient figures lay thine eyes,
and repent the feeling of surprise.
For the linen clad walkers were ever part of this humble host.
And craved the touch of paint the most. 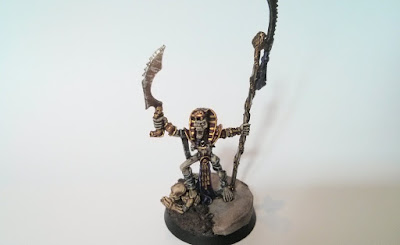 Enough with the pleasantries. I've got three models for you all this month. First up is the Liche Priest, and ancient and venerable old model. It's a classic in many people's eyes. I don't think its all that. It's got some character, but it's very much a metal model. Flat, some giant detailing, arms raised up. I did enjoy painting it though, went very fast and smoothly. As a bonus, I also added a picture of my second Liche Priest, painted about 10 years ago. It has a layer of 'Ardcoat, but I think you can see the difference. 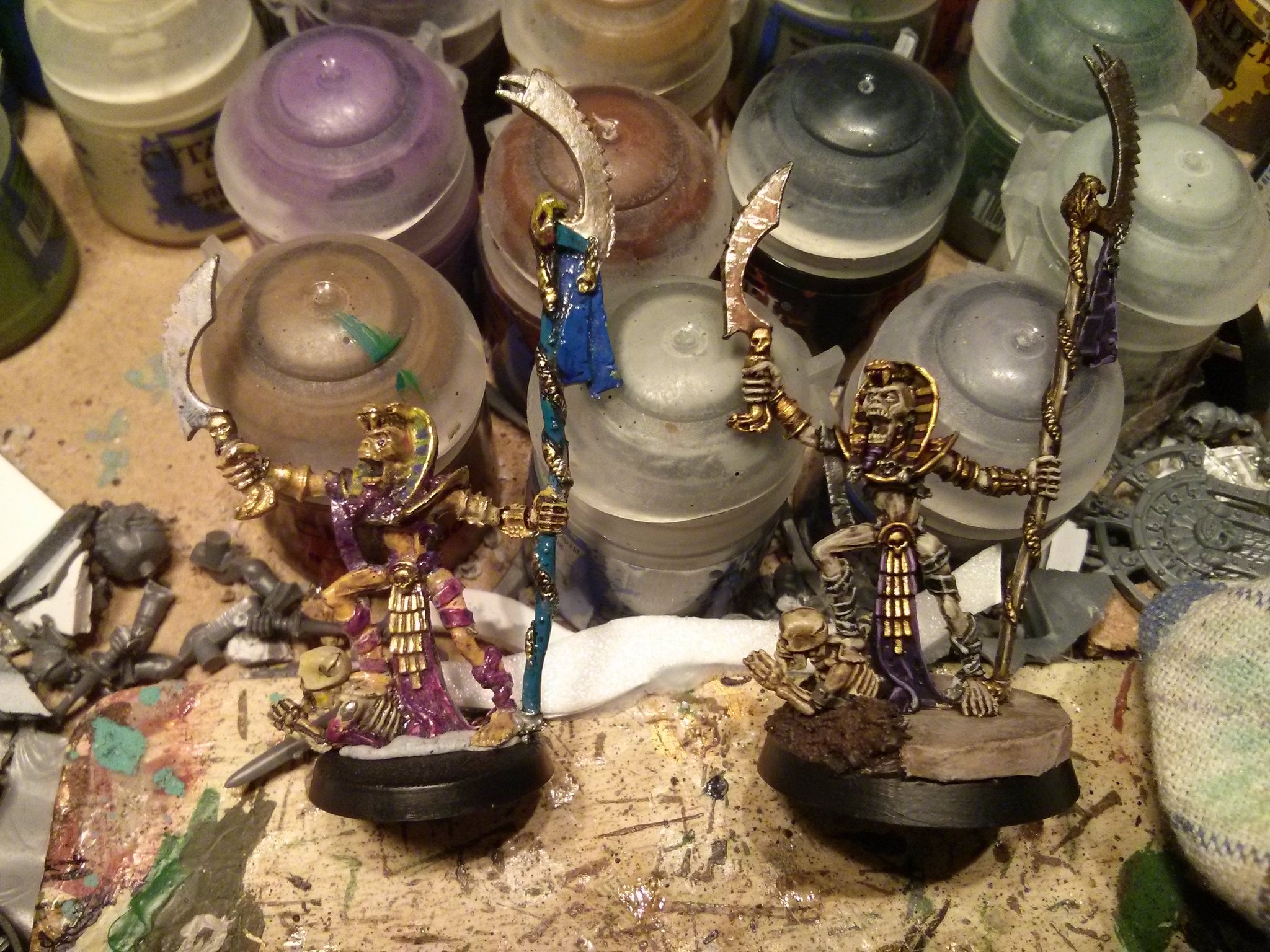 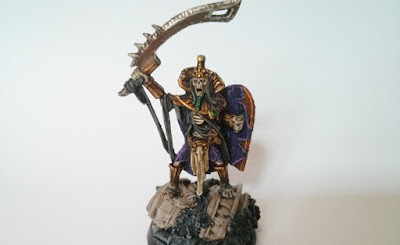 Next up is the Tomb King on foot. Much better sculpt than the Liche Priest. Plenty of detail, evocative pose without being too generic, very regal feel. I actually started with Tomb Kings about 12 years ago. Couldn't paint, didn't play, but loved the aesthetic and the feel of the army. I eventually ditched it for Lizardmen and Ogres. But part of starting this Death army was the chance to go back to all the stuff I loved about Tomb Kings and doing them properly. So now, more than a decade after I started in the hobby, I finally have a Tomb king! 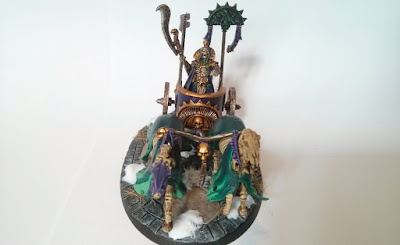 Turns out I have two! After finishing the above guy, I struggled to think who to paint next. Other than Nagash. This guy was just sitting there. I already had plans for him and 6 more chariots, but I didn't know if my idea would work. Just had to put him together and see. It is made up of Black Knight horses, TK chariot body, Dragon Prince lances, Tomb Guard banner and High Elf archer banner, with a regular Tomb King riding it. 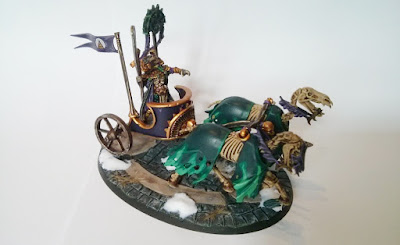 The horses are really the key part of this model. I never liked the original skeleton horses. They were just not very good sculpts and had terrible mould line issues. Adding the Black Knight horses both updates the look so it looks sleeker and more ornate, it also makes it fit better into the City of Silence aesthetic. 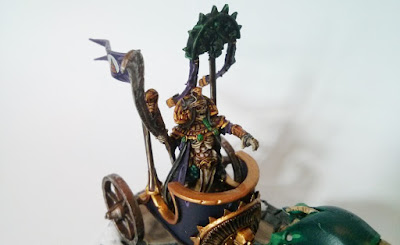 The King himself is a regular TK on foot. Chopped off the tab and glued him in. I know there's a version of him with the blade pointing into the ground whilst he points, which I believe was the original "TK in chariot" model. Never did get that one though. So this guy had to do. He's got the weapon on the warscroll, so that fits. I also really enjoy the pointing. He emanates power. I can believe that his will alone makes entire armies march. Was a lot of fun to paint this model as well. I need to improve my gold, but I've settled for a nice scheme for now.

That's all I finished for may! Hope you guys enjoyed it.

Email ThisBlogThis!Share to TwitterShare to FacebookShare to Pinterest
Labels: City of Silence, May, month 4, Tomb Kings