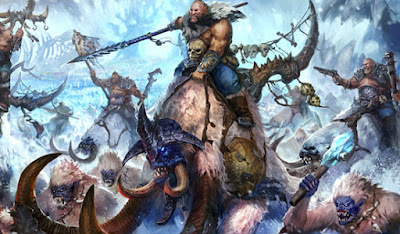 So I’m finally back. I’ve been ill and bed-ridden for what’s felt like an eternity, and I’m finally getting back to some sort of normality. Just what I needed with only a couple of weeks until the Facehammer GT. Now the rush is definitely on.

I’ve chopped and changed my Destruction army a few times the past week, I need to get a list which is easy enough to finish off painting and will look decent on the table. I know it’s not going to be anything near an ‘optimal’ list that I wished for but I’m just glad I’ll have something new painted up for the event.

So firstly what is going to be in my two different lists? Well…

So I’m feverously painting away the past few nights and hopefully by Thursday the army should be fully painted up and ready for the tournament. I’ve currently got 20 Moonclan Grots to finish painting, the Moonclan Grot Shaman to paint up and four of the Mournfang Riders to build and paint and then I have to base the whole army with the snow and dead grass. Should be pretty doable over the next couple of nights. 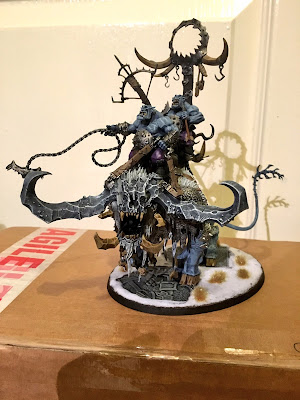 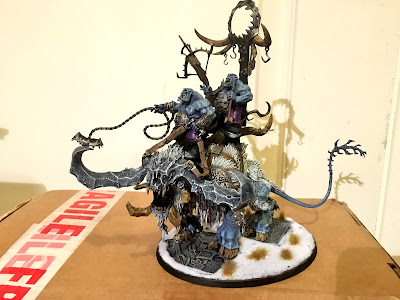 I’m not planning to create a masterpiece for this army, I switched to the Moonclan Grots because they’re easy to speed paint, mainly drybrushing all the robes and skin. Down the line I’ll expand out with more Ironjawz and Bonesplitterz. I think when I do that I’ll take a lot more time in getting them painted up and try to make them the best I can.

But for the Facehammer GT it’ll have to be speed-painted Moonclan Grots to fill out the battleline units. Who knows maybe for Blood and Glory in November I’ll aim to have a full Ironjawz army on the table.

Hopefully for the end of the week I’ll be able to get some army pictures up and might even be able to squeeze out one practice game before the tournament. (That would be a first).
Posted by Chalmers at 11:30